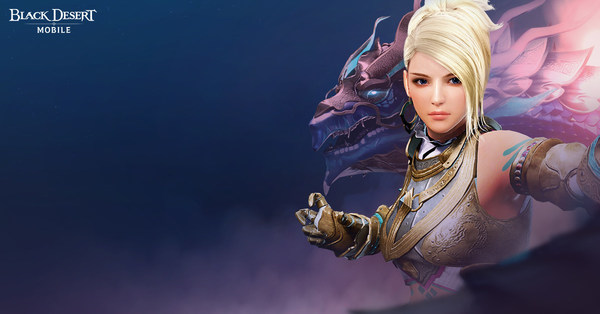 Mystic is a brawler who uses her fists and feet to beat enemies with powerful and precise strikes. She wields a Cestus as her main weapon, and Vambrace as her sub-weapon. Using her weapons, she employs deadly skills through quick-moving, consecutive attacks. Her skills include striking at the enemy’s chest, summoning the Blue Dragon to deal damage, and jumping towards opponents to deliver powerful spin kicks.

To celebrate the arrival of Mystic, special rewards will be given to Adventurers who level up their Mystic to level 70. They will receive valuable items such as Mystic’s Desert Camouflage outfit, a Lv 60 Character Generator Coupon, a Tier-5 Pet, 1,000 Black Pearls, and an Abyssal Accessory Chest.

The new World Boss Khan has also arrived in Black Desert Mobile. Known as the Master of the Ocean, Khan has a body that is larger than an island and scales that shine beneath the ocean under the moonlight. Adventurers that defeat this gigantic monster that has risen from eternal slumber can get special items for shipbuilding.

The 2021 Black Desert Mobile Ramoness Championship Season 2 has come to an end. The 3v3 PvP tournament event was a rousing success with a total of 20,000 viewers and tremendous feedback from the community. In the Asia region, team J1 ARMA won both the championship and the MVP. J1 ARMA was rewarded various prizes including 51,000 Pearls, the Ramoness Champion title, and auto-placement in the next BRC Round of 32.

The Black Desert IP is Pearl Abyss’ open-world action MMORPG franchise with cutting-edge visuals and skill-based combat that redefines the genre. With the most developed character customization system of any game currently on the market, users can break out of the norm and make unique characters that truly represent themselves. Its intuitive controls, beautifully designed world, and extensive lore will excite both newcomers and veterans of MMO games and action RPGs. Pearl Abyss is currently servicing the Black Desert IP, which has gained 40 million players across the world on PC, mobile, and console.