SEOUL, South Korea, March 19, 2021 /PRNewswire/ — Pearl Abyss announced today that the new Hero Ataraxia has made her debut in action-packed PvP Shadow Arena. Players can now play the powerful Dark Knight and get rewards through a special event. 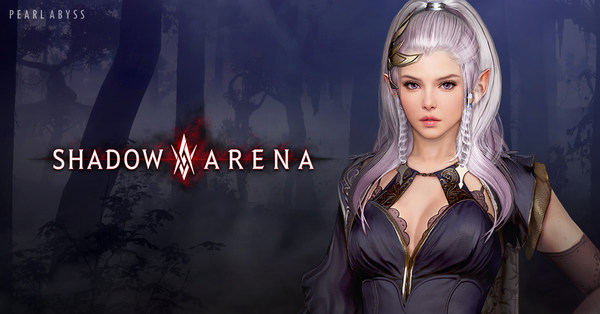 Ataraxia, Guardian of Kamasylve, is a dealer who has become powerful from fighting against darkness to protect Kamasylve. On the battlefield, she wields the Kriegsmesser as her main weapon, which allows her to approach her opponents quickly and strike powerful attacks. She can also evade attacks and block enemies using her skills.

She has 4 unique skills which includes Thorns of Corruption, a skill that summons 5 magical swords that track and attack enemies. Garden of Roses is another special skill that creates a wall of roses that causes great damage while recovering HP of allies who are inside the garden.

A special in-game event celebrating the arrival of Ataraxia is now available. Players who log in until April 1 can claim an exclusive new skin item “Rosa Cassius.” The reward will be given to anyone who logs in for at least 7 days during the event period.

Shadow Arena is Pearl Abyss’ action-packed PvP game that is currently available in Early Access on Steam. Based on the world of Black Desert, Shadow Arena features fierce battles in which 4 teams of 3 players each compete to become the ultimate victor on the battlefield. Players can choose from a variety of Heroes, each with their own unique fighting style. To climb to the top of the pack, players must slay monsters to gain buffs and collect tokens, which they can use to buy their gear. Impeccable skill execution and well-timed evasive maneuvers are also critical in securing victory.