BEIJING, March 17, 2021 /PRNewswire/ — iQIYI Inc. (NASDAQ: IQ) (“iQIYI” or the “Company”), an innovative, market-leading online entertainment service in China and G.H.Y Culture & Media Holding Co., Limited (“GHY“), today announced a strategic joint venture to boost their presence in the Southeast Asian media and entertainment scene. The two entities signed a Memorandum of Understanding (MOU) to establish a talent management agency to be based in Singapore. 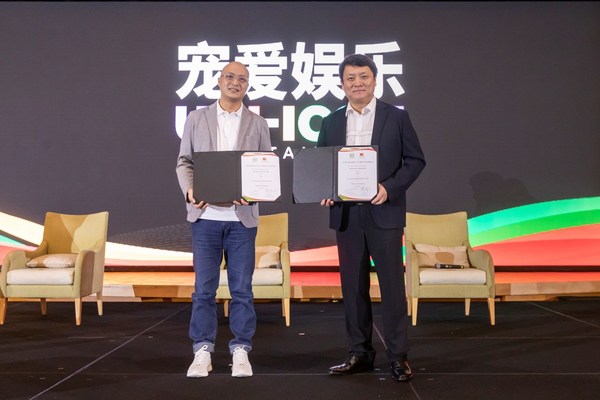 This joint venture entity aims to identify and promote talent across Southeast Asia. A talent search programme that aims to uncover hidden talent across region, particularly in Singapore, Malaysia, Thailand, Indonesia and the Philippines, is also in the pipeline. The talent search programme will be streamed exclusively on the iQIYI International platform and iQ.com. More details will be announced at a later stage.

Tay Ping Hui, who is currently represented by GHY, and is a veteran actor and cast member of iQIYI and GHY’s first Southeast Asian original production, The Ferryman: Legends of Nanyang, is primed to be the first talent to be represented by this new talent management agency. Tay, who most recently played the role of Yan Nantian in Chinese period drama, Handsome Siblings, is known for his versatility in acting roles, bilingualism, and is an established name in the regional media and entertainment scene.

Yang Xianghua, President of Membership and Overseas Business Group, iQIYl, said, “GHY has been a longstanding and valued partner of iQIYI and we are excited to take our working relationship further. With iQIYI’s technical abilities and commitment to providing high quality Asia content to global users, and GHY’s deep experience and end-to-end production expertise, we look forward to providing Southeast Asian talents a gateway to one of the biggest entertainment markets in the world, turning them into household names.”

“The establishment of this new joint venture will be a key milestone in our ongoing partnership with our strategic business partner and shareholder, iQIYI. We have earmarked Southeast Asia to be a growth market and this investment will further expand our footprint. As we diversify our pipeline of multi-genre dramas and films, it is crucial to identify local talent to support our growth ambitions.” said Guo Jingyu, Executive Chairman and Group CEO, G.H.Y Culture & Media Holding Co., Limited.

“The success of The Little Nyonya demonstrates a growing appetite for Southeast Asian stories in China and we see the vast potential and opportunity for artistes here to tell these stories together with iQIYI, said Kuek Yu-Chuang, Vice-President, International Business, iQIYI. “The joint announcement with GHY to establish the talent management agency cements our commitment to the region as we scale our business after the launch of our international headquarters in Singapore.”

This strategic joint venture established by iQIYI and GHY signals iQIYI’s continued global ambitions. iQIYI International has made breakthroughs in Asia in 2020 with the opening of their International Headquarters in Singapore, a three-year partnership with the Singapore Tourism Board (STB), and its first ever Korean original production, My Roommate is a Gumiho. At yesterday’s Hong Kong International Film & TV Market (FILMART), iQIYI International also shared the company’s investment in bringing best in class mandarin-language originals to the world with their upcoming slate of shows, which includes, The Ferryman: Legends of Nanyang, Wisher, Who is the Murderer, Rainless Love in a Godless Land and Danger Zone — the last of which stars homegrown actor Christopher Lee.

G.H.Y Culture & Media Holding Co., Limited (“GHY” or the “Group“) is an entertainment business that focuses on the production and promotion of dramas, films and concerts in the Asia-Pacific region. GHY has produced several dramas and films in the PRC, Singapore and Malaysia that have been broadcasted and/or distributed on major TV networks and leading video streaming platforms in the PRC. The Group has also undertaken the production of concerts for well-known international artistes in Singapore, with upcoming concerts to be held in Malaysia and Australia.

Currently headquartered in Singapore and the PRC, with over 120 employees across Singapore, Malaysia, the PRC and Australia, the Group also engages in concert production, talent management services, and costumes, props and make-up services.