SEOUL, South Korea, Nov. 14, 2022 /PRNewswire/ — Hyundai Motorsport has concluded the 2022 FIA World Rally Championship (WRC) with a 1-2 result in Rally Japan, securing the team its fifth victory of the season and the second of the year for Belgian crew Thierry Neuville and Martijn Wydaeghe. 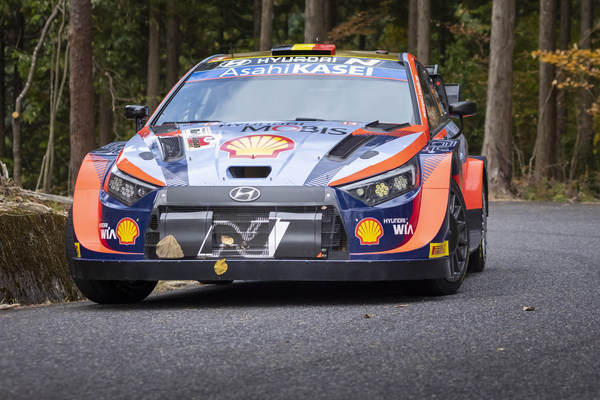 [1]
Hyundai Motorsport has concluded the 2022 WRC with a 1-2 result in Rally Japan, securing the team its fifth victory of the season

Ott Tänak and Martin Järveoja completed the final day of the new tarmac event in second place overall to claim their eighth podium of the season – and 16th in total since joining Hyundai Motorsport back in 2020. It represents a fitting end to the Estonian crew’s three-season tenure with the squad, which draws a close with this positive result.

On the final day on the picturesque Japanese roads, crews negotiated five tricky tests in complicated conditions with rain arriving during the morning. The schedule began with the short 7.52km run through Asahi Kougen (SS15), which also acted as the season-closing Power Stage (SS19). The longest test of the day, Ena City (SS16/SS18, 21.59km) followed, with a single pass of Nenoue Plateau (SS17, 11.60km) sandwiching the two repeated stages.

Both Hyundai Motorsport crews opted to take wet weather tyres as part of their final day package, in anticipation of rain which duly came mid-morning. Neuville saw his lead initially reduced to 0.6 seconds but a stage win on the subsequent dry test, and drama for Elfyn Evans, saw the Belgian earn a comfortable one-minute advantage – now over his Estonian team-mates. From there, both crews adopted a cautious approach as the rain arrived to secure a 1-2 result.

In terms of pure statistics, the 1-2 result is an historic one for the team with many notable milestones. It is the 25th victory for Hyundai Motorsport since joining the WRC in 2014, and with the top two positions, it scores the team its 99th and 100th individual podium results. Adding to the celebratory numbers, the team has also scored five wins in a single season for the first time (following success in Sardinia, Finland, Ypres, and Greece) – all in the first season with its Hyundai i20 N Rally1, a multiple rally-winner on gravel and tarmac.