Over the past few years, Chinese President Xi Jinping, also general secretary of the Communist Party of China (CPC) Central Committee and chairman of the Central Military Commission (CMC), has reshaped the PLA and is leading it to become a world-class military force. 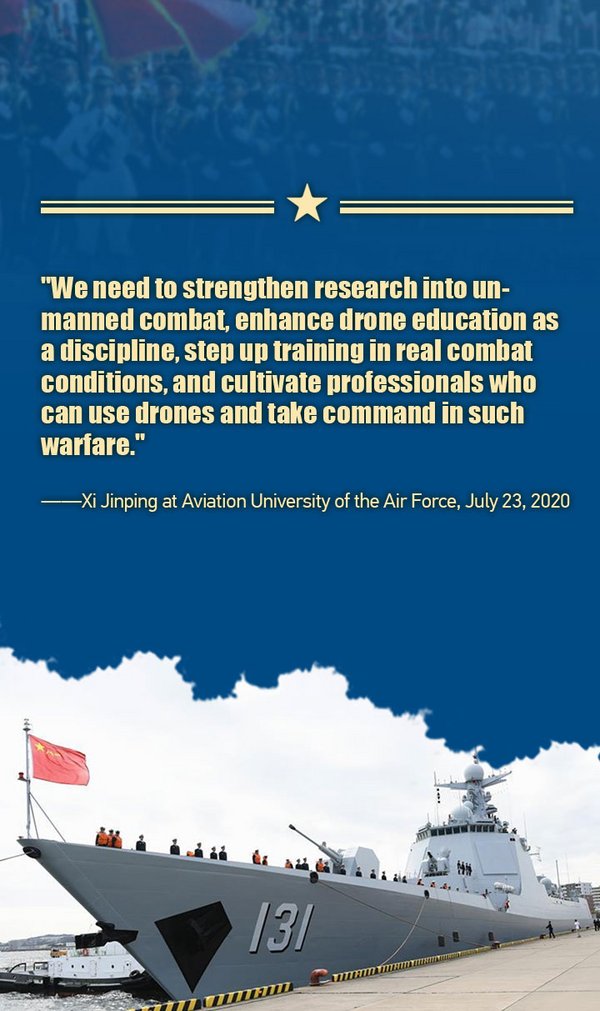 The chairman of the Central Military Commission’s thinking on strengthening the military answers the fundamental questions of what kind of armed forces China is pursuing and how China should go about building them.

In December 2012, barely a month after he assumed the top post in the Party, Xi spoke of the need to build a strong military.

“To realize the great rejuvenation of the Chinese nation, we must adhere to combining the building of a prosperous country with that of a strong military,” Xi said.

The PLA has reshaped its leadership and management system, optimized its structure and reformed its military policies and institutions since 2015.

At the V-Day parade commemorating the 70th anniversary of the end of World War II in September 2015, China told the world that it would cut the number of its troops by 300,000 and vowed that it would never seek hegemony.

In 2017, a road map was unveiled at the 19th CPC National Congress that China will fully transform the PLA into a world-class military force by mid-21st century.

It said that in the new era, the task of building the national defense and the military has also opened a new chapter. By 2020, the PLA will achieve its mechanization, make significant strides in informatization and gain substantial improvement in strategic capabilities. It also set a midterm goal for the Chinese military, to turn itself into a modernized power by 2035, and a long-term one, to become a top-tier military in the world by 2050.

In December 2018, Xi described it as a strategic task in socialist modernization to build a fortified national defense and a strong military commensurate with China’s international standing and its security and development interests.

While China is on the way to military modernization, its military budget remains at a relatively low level. According to the latest official figure, China’s 2020 defense budget continues to see a single-digit growth for a fifth consecutive year, at 6.6 percent, the lowest growth rate in recent years.

The budget stayed at around 1.3 percent of its gross domestic product, well below the world’s average figure of 2.6 percent.

The idea of building world-class armed forces means the army can provide a strong backing to the protection of China’s sovereignty, security and development interests, the safeguarding of world peace and stability, and the realization of the national rejuvenation. 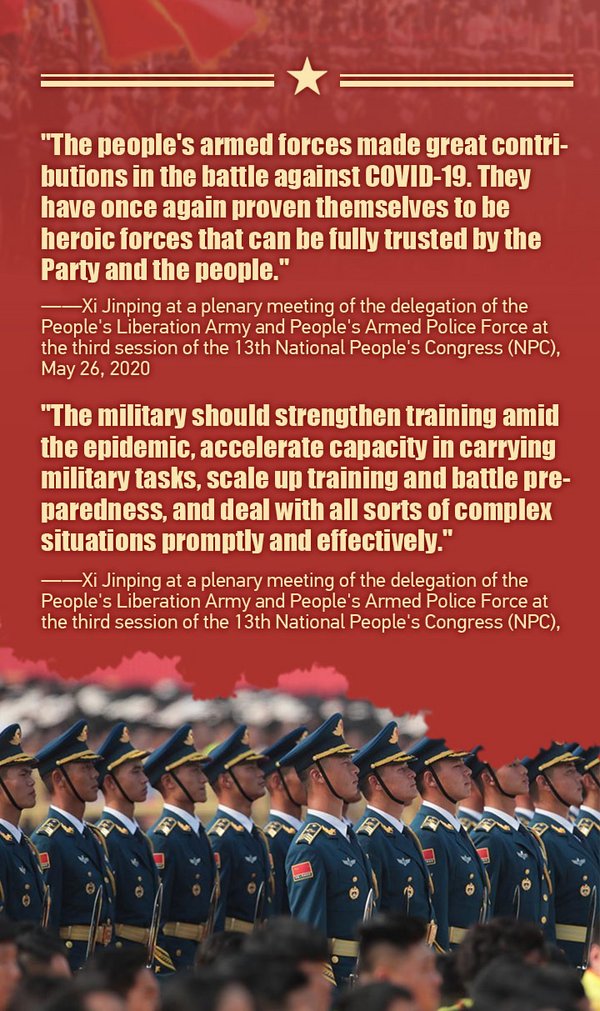 “A military is built to fight. Our military must regard combat capability as the criterion to meet in all its work and focus on how to win when it is called on,” Xi has pointed out.

During his inspection tours of the army, Xi reiterated the need for the armed forces to improve their combat capability and readiness for war.

In response to his call, military training in real combat conditions across the armed forces is in full swing.

Since 2012, China’s armed forces have carried out extensive mission-oriented training tailored to the specific needs of different strategic directions and exercises of all services and arms, including over 80 joint exercises at and above brigade or division level.

This year, the PLA has also showed its combat capability in responding to emergencies.

In China’s battle against COVID-19, the PLA dispatched over 4,000 medical personnel to the epicenter of the outbreak, Hubei Province, to work on epidemic control. Medical teams were formed within two hours of receiving the order, and they arrived at their destinations within 24 hours, carrying a seven-day stock of protective materials. On arrival, they started to treat patients right away.

According to the Chinese Defense Ministry, as of July 28, the PLA and the People’s Armed Polices (PAP) had dispatched 725,000 personnel to fight on the anti-flooding front lines by reinforcing dikes, plugging levee breaches and evacuating residents. 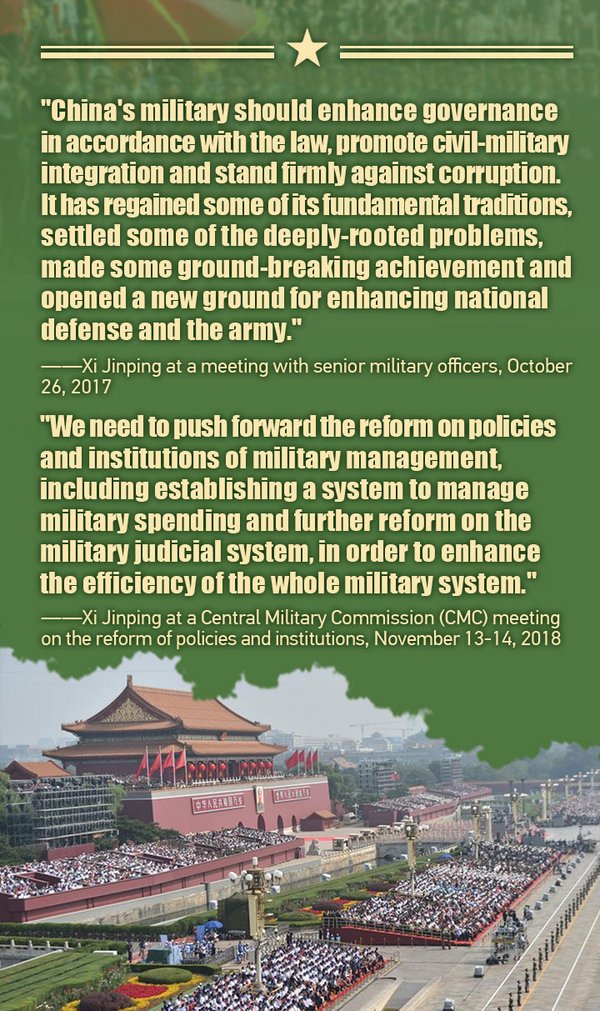 President Xi has repeatedly stressed the need to govern the military with strict discipline and in accordance with the law in every respect.

The idea was also written into the country’s rule-of-law blueprint during the Fourth Plenary Session of the 18th CPC Central Committee in 2014.

When inspecting the 13th Group Army in southwest China in January 2016, Xi also called for strengthening the armed forces through reform, besides enhancing political awareness and lawfulness to build a strong army.

Since 2012, fighting corruption in the military has also been a focus of the sweeping anti-graft crackdown, with dozens of military officers investigated and jailed, including Xu Caihou and Guo Boxiong, both former top generals and vice chairmen of the CMC.